Bond of Friendship Lodge No 48

Ladies from Carlisle joined Annie Laity Lodge No 42 in Morecambe and travelled most of the time in a transit van with bench seats tied in place. They had lots of fun, but because of the amount of members traveling almost weekly, they decided the best way forward was to open their own Lodge in Carlisle.

They started by using Low Hesketh village hall near Carlisle then in 1996 they moved to the Central Hotel in Carlisle – which was not the best location due to noise issues, so they then moved on to the west end temperance hall – where they were very happy, but it became too expensive.

Finally they settled in new premises by using the men’s lodge at Gretna on a Wednesday Evening – and have many a happy meeting there.

Throughout their travels – they have remained a strong Bond and held many friendships … Hence the name. 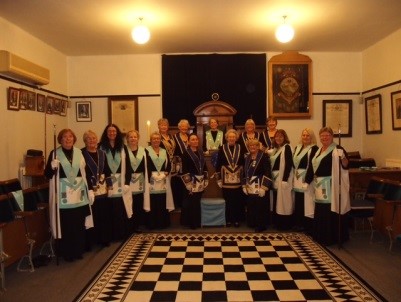 Back to Main Lodge Page