Below are the provincial grands, click below to find out more about them. 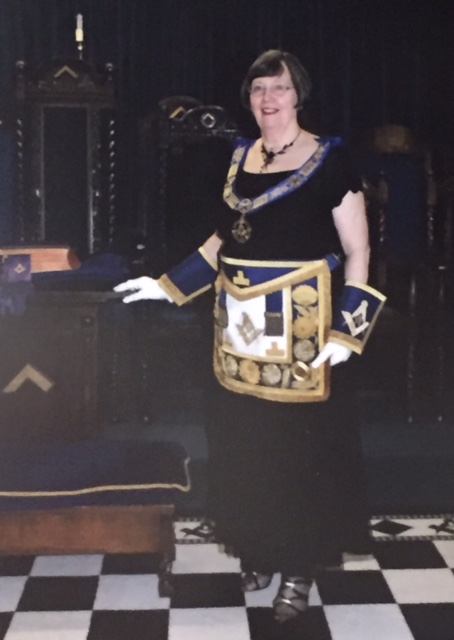 My name is Pat Rothwell, I live in Poulton-le-Fylde and I am a retired medical secretary. I have been a Freemason since June 1971 and from the first it appealed to me.  I advanced through the various offices and was installed Master of my own Lodge for the first time in 1979 and then for a second time in 1983.  I eventually became Preceptor of my Lodge in 1986, a position I held for twenty-two years and which was for me the most rewarding of my Masonic career as it allowed me to guide new members along their Masonic journeys and help them to reach their full potential.  I was promoted to my first Provincial Office in 1986 and eventually was appointed as Provincial Grand Master in 2009.

This is a position I never aspired to thought to reach but I am truly honoured to have been appointed and am doing my best to uphold the traditions of Freemasonry and to encourage its members to progress through their Lodges and to love and appreciate, as I do, its wonderful qualities and teachings and the beautiful words of the ritual.

I am a member of all of the side Degrees, each of which has a different but equally beautiful ritual, and have been Master in all of them, sometimes more than once.

Masonry is a journey of discovery and a way of life and there is always something new to learn for those with an open mind, and although I have been a member now for forty-four years I have never lost my love of it nor my interest in it and I am sure I never shall.

Over the years I have made many good friends in the Fraternity and I look forward to making many more in the future.

Although Masonry plays a huge part in my life and I spend a lot of hours with various commitments, I believe it is necessary for all Masons to have other interests outside the Fraternity.  Personally I enjoy days out with friends, visits to the theatre or cinema, eating out, shopping, travelling and reading.
Back to top 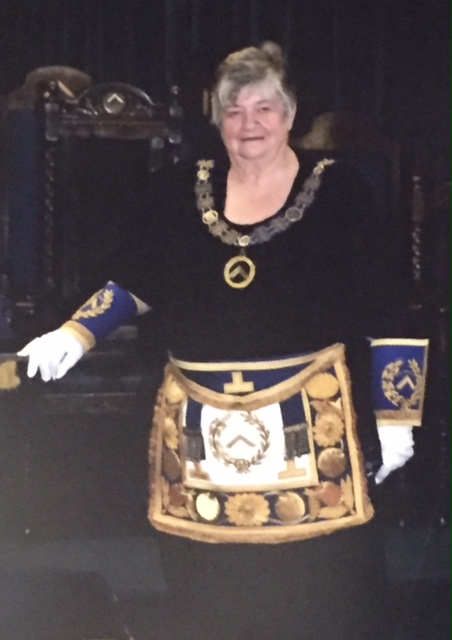 I joined the Fraternity on 20th March 1961 along with my mother and I always say that we went in as mother and daughter and came out as brothers. After slowly mounting the ladder I became Wor Master on 19th October 1970 and again in 1973. During these two years I had the privilege of working 7 Initiations, 7 Passing’s and 5 Raisings.

It was many years before I joined Chapter but before long I was Inducted as Zub in October 1989 and again in 1997. It was on 16th May 1989 along with Di Perry that I joined the Mark degree and eventually became master in 1999. By this time masonry was taking over and I was Enthroned in the Rose in 2005.

About ten of us went up to London to be Elevated in the Royal Ark Mariners Lodge No 1 coming back on the train I was asked what office I would like either JD or SD -In my wisdom I thought well it was only one ceremony so I thought the JD would perform the ceremony this was not to be so it is the SD so I found myself as the first SD of the northern Ark and in2000/2001 I was Wor Commander.

I also took the chair of Ad Intellectum from 2004-2008 and our Prov Gd Master and myself were the first Treasurer and Secretary of Installed Masters.

Knights Templar is only held in the North and a number of us joined at the same time in Morecambe and on 11th May 2007 became the Eminent Preceptor.

I was invested in London as Grand Swd Bearer, which was an acting office with the then Deputy Grand Master Hilda Bingham. Along with others we were all re­ invested in June 1989. I received Very in 1996 and was the first Prov Gd Secretary, of Provincial Grand Lodge, then Prov Gd Registrar, Treasurer, Junior Warden and now Prov Deputy Grand Master.

It is through masonry that I have made many friends and we used to travel all over the world on our long haul holidays travelling to most of the continents.

Many changes have taken place since I joined in 1961 but I must say with hand on heart that I have enjoyed my years in the fraternity and was delighted on 6th October 2015 to receive the OSM from our Grand Master Christine Chapman. 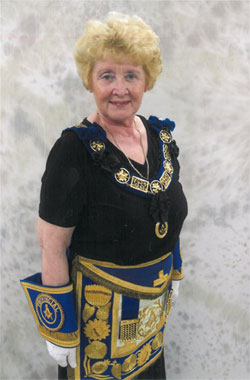 I joined Freemasonry over 40 years ago, having been invited into Sesame Lodge No.26. It’s a very friendly Lodge, and I soon settled in and began working my way up the ladder to Worshipful Master, which I achieved in January 1981.

I loved it from the start and wanted to be part of everything and quickly joined the Royal Arch Chapter and Mark Degrees.

It was my great pleasure to be Preceptor of my mother Lodge and the Mark Lodge for around 10 years.

In 2003 the Most Worshipful Grand Master, Suzanne Berman appointed me to the position of Provincial Grand Master, an office I held for 6 years, and enjoyed every minute. During my term of office, I was fortunate to receive permission to offer teddies from the Teddy Loving Care charity to our local hospital’s pediatric A & E unit, a charity usually operated solely by the men, so we felt very privileged. Children in pain or distress are given a teddy to keep when they arrive in A & E. We continue to operate this charity and are now also supplying the Fylde Ambulance Service.

It has given me great pleasure to have been instrumental in forming our Knights Templar, Knights of Malta and Knight Templar Priests Degrees, and to be able to say that they are all progressing very well.

On a personal note, I have to thank my husband for his unwavering support throughout my Masonic career. I still found time to work in our family business in which I am a company director. Among my interests are reading, collecting teddy bears, days out with friends and travel in general, but passionate about cruising.

Freemasonry continues to be a major part of my life, having made some wonderful friends. For those who embrace its precepts Freemasonry has much to offer .For me, it gave much needed self-confidence, and a sense of belonging to an extended and now international family, where true friendships, love, loyalty and unbelievable support when needed are the norm. I am so proud to be a Freemason -there is no better organisation. 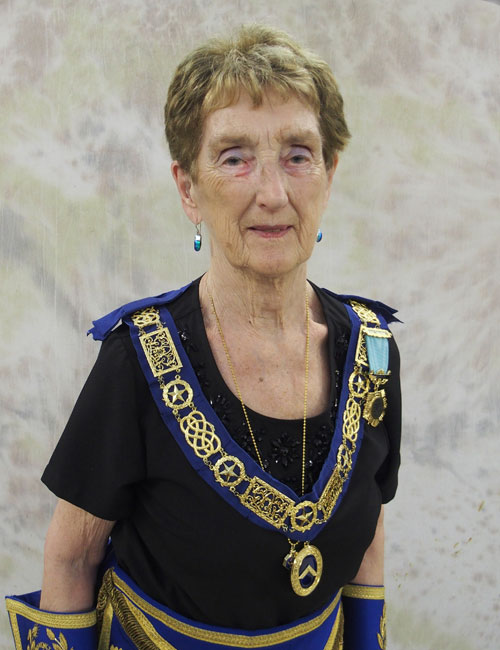 My father was a Freemason in 1910-1920 when he lived in Canada. He never joined in England but often read “his little book” though would never tell us its contents. I wore his 1910 Chapter Apron until I became an excellent champion in 1987.

I lived in Coventry when my mother in law was preparing to take the chair in Red Rose of Lancaster Lodge No 19. I mentioned I wished I lived nearer – but no matter, I was her first candidate after her installation in May 1964. I came up by train for my three degrees, and could only attend lodge when it coincided with a family holiday in Lancaster.

I started the Lodge of Peace and Tranquillity in Bury in 1996, which unfortunately inly lasted for 5 years when it had to close, but we did retain the brethren who became members of other lodges.

My first office in Grand Lodge was – Stewart and when the Provincial Grand Lodge commenced in the North I was appointed Prov Assistant Grand Registrar, Then Prov Grand Registrar, moving through the ranks to Prov Senior Grand warden and then to Pas Prov Deputy Grand Master.

In 2014 I received my loyal service certificate of 50 years’ service , and I look forward to many more happy years in Freemasonry, which as been an important part of my life.